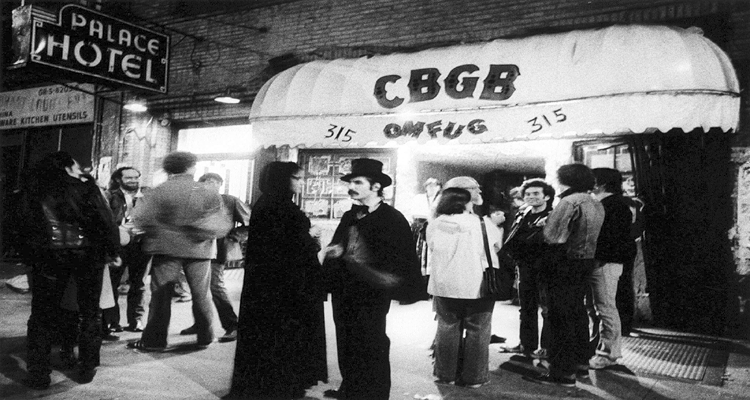 Vladimir Lenin supported a capitalist system for the Soviet Union, but those views were limited to intra-party debates and private communications. When council democracy (aka Soviet democracy) fell to the wayside and the ideology of war communism was put forward, that was the turning point when Bolsheviks merged them into the New Economic Policy. That contradicts the latter-day Democratic Socialists’, Leninists’, and Trotskyites’ belief of the USSR under Lenin, and Trotsky was purely a socialist utopia.

“State capitalism would be a step forward as compared with the present state of affairs in our Soviet Republic. If in approximately six months’ time state capitalism became established in our Republic, this would be a great success and a sure guarantee that within a year socialism will have gained a permanently firm hold and will have become invincible in this country.” – Lenin

“The state capitalism, which is one of the principal aspects of the New Economic Policy, is, under Soviet power, a form of capitalism that is deliberately permitted and restricted by the working class. Our state capitalism differs essentially from the state capitalism in countries that have bourgeois governments in that the state with us is represented not by the bourgeoisie, but by the proletariat, who has succeeded in winning the full confidence of the peasantry. Unfortunately, the introduction of state capitalism with us is not proceeding as quickly as we would like it. For example, so far we have not had a single important concession, and without foreign capital to help develop our economy, the latter’s quick rehabilitation is inconceivable. Those to whom the question of our New Economic Policy—the only correct policy—is not quite clear, I would refer to the speeches of Comrade Trotsky and my own speech at the Fourth Congress of the Communist International devoted to this question.” – Lenin

When Lenin chose to go with the Soviets rather than the parliament and pronounced that Russia was primed for socialism, he was not being honest. Lenin’s plan was for Russia to grow through capitalism. His theories of capitalism as the path to socialism were a miscalculation because his theory of democratic centralism did not assure control over a proletariat society, but rather by a suppressive totalitarian communist bureaucracy.

The anarchist punk rock ideology inserted a parallel to the revolution against the bourgeoisie found in Marxism.

“Punk ideologies are a group of varied social and political beliefs associated with the punk subculture and punk rock. In its original incarnation, the punk subculture originated out of working class angst and the frustrations many youth were feeling about economic inequality and the bourgeois hypocrisy and neglect of working people and their struggles. It was primarily concerned with concepts such as pro working-class, egalitarianism, humanitarianism, anti-nationalism, anti-authoritarianism, anti-corporatism, anti-war, anti-racism, anti-sexism, gender equality, racial equality, civil rights, animal rights, disability rights, free-thought and non-conformity. One of its main tenets was a rejection of mainstream, corporate mass culture and its values.” – Wikipedia

The infamous bar CBGB (full name CBGB & OMFUG) is the birthplace of punk. In the early days, CBGB was a biker bar named Hilly’s on the Bowery. The owner, Hilly Kristal, eventually began booking rock bands, and unbeknownst to Hilly, CBGB became the undisputed birthplace of punk and made an indelible mark in the history of music.

OMFUG: Other Music for Uplifting Gormandizers

“Founded on the Bowery in New York City by Hilly Kristal in 1973; CBGB was originally intended to feature its namesake musical styles, but became a forum for American punk and new wave bands like the Ramones, Blondie, Talking Heads, Misfits, Television, Patti Smith Group, The Dead Boys, The Dictators, The Cramps, and Joan Jett. From the early 1980s until its later years, it would mainly become known for hardcore punk, with bands such as Agnostic Front, Murphy’s Law, Cro-Mags, Gorilla Biscuits, Sick of It All, and Youth of Today becoming synonymous with the club. In the 1990s, CBGB became closely associated with bands like Sum 41, Korn, Green Day and Guns n Roses with GnR’s Duff McKagan acting as an ambassador of the CBGB attitude all around the world.” – CBGB 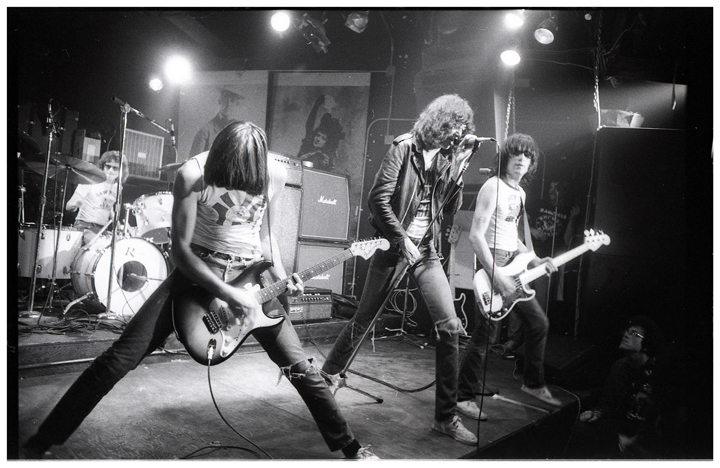 Ramones, 1977 at CBGB – Photo by David Godlis via Salon

Any musician or band who desires to make it in the music business needs to find a place where they can expose the public to their sound. The typical route is some type of bar, club, or concert venue where they can meet with an audience that is hungry for music. CBGB was the place where unsigned bands could play their own music in a unique venue full of gormandizers. Other venues existed on the West Coast, but to be in the heart of the Big Apple, the capitalist metropolis of the world, was the ultimate opportunity to launch a career under the umbrella of capitalism while espousing an anarchist ideology against the world’s bourgeois.

Going full-circle with my train of thought here, the following article appeared two years ago:

For Sale: Black Flag’s Logo, the Most Iconic Symbol of Hardcore Punk… “At 40, the genre gets nostalgia treatment, to chagrin of fans; $265 T-shirt at Barneys… Seeing the symbol of one of the world’s most iconic hardcore punk bands displayed on a pricey fashion garment is enough to make retired slam-dancers spit out their coffee. ‘Real punks don’t shop,’ scoffed Glen E. Friedman, a photographer and skate punk who documented Black Flag during their peak years. ‘They are not consumers.’” – WSJ, Oct. 2016

Black Flag is a band founded during the late 1970s that lived a “poverty-level” life by lodging in dilapidated squats while on the road and playing gigs from California to London. The band lasted a decade and garnered a reputation for “violent, unpredictable, and absolutely riveting gigs.” Hardcore bands eked out humble incomes while on the road by selling albums and miscellaneous branded merchandise, such as T-shirts. The originals are far and few between, most likely hanging in a baby boomer’s closet under a dry cleaner’s plastic cover and metal hanger. The Black Flag logo became a symbol of the punk movement because it was “as blunt and as brutal as the music itself.”

While the WSJ journo researched ownership of the logo, the usual ironies surfaced. You know, like a wealthy hypocrite by the name of Michael Moore who games Hollywood capitalism for profit while condemning capitalism. The original Black Flag bars were designed by Raymond Pettibon, the brother of Greg Ginn, the band’s founding guitarist. The U.S. Patent and Trademark Office names the owner as SST Records, Inc., founded by Mr. Ginn. An attorney confirmed she handled the transaction between R13 (the T-shirt’s designer for the Barney’s item) and SST Records. SST offered no comment on the matter. On the other hand, the band’s singer, Mr. Morris, offered up the following point of view:

“We have no control over T-shirt prices, as that’s a Ginn and SST thing. The ‘Four Bars’ have been used so many times on shirts, stickers, patches, buttons, women’s edible underwear, baby bottles and football helmets that it would be a never-ending job to find out who is printing them. I think it would be safe to assume there are people bootlegging them in garages and warehouses across the world, and to these people I say, ‘Party away!’”

Spoken like a true anarchist with a flare for entrepreneurialism. His partner in crime is a true capitalist that secured ownership, copyright, and royalties, as any artist should.

Who would have thought Axl Rose would jockey for a win on the capitalist playground of Celebrity Apprentice? If you want to see and hear vintage 1980s ‘punk’ with Guns N’ Roses, there is a collection of videos available on YouTube. My personal favorite is the following music video that surfaced along with their well-earned fame and fortune. Take note of the CBGB T-shirt.