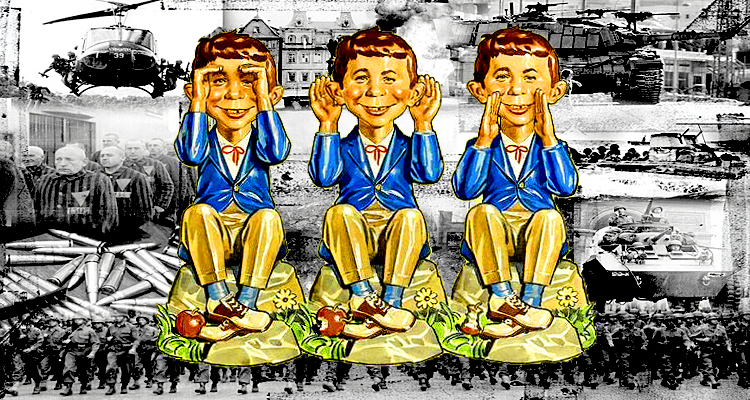 There is no century in recorded history that did not have a major military conflict or world war. Do you think there will not be another world war in your lifetime?

World War III: How Likely Is It U.S. Will Fight in Iran, North Korea, Syria, Ukraine or Venezuela?– Newsweek, Jun. 2019

Global war is likely sitting with you right now in a car, pocket, purse, or attached to your hipster hip. It is the smartphone filled with all the fancy apps and tools connected to Internet-based services such as Facebook, Google, Tinder, Twitter, and the “Internet of things.” The underlying technology that made all of that smartphone gadgetry possible was the development of integrated circuits (IC), microchips, and the modern computer at the behest of the military industrial complex.

ENIAC was the first electronic computer capable of being programmed and was designed for the U.S. military during WWII. The Army paid to build ENIAC so they could use it in their Ballistic Research Laboratory. The microchip was designed to guide intercontinental ballistic missiles (ICBM) to targets in the Soviet Union and for all of the advanced weaponry developed during the Cold War. Two examples are the U.S. space program and the U.S. Minuteman missile system.

The first Project Mercury spacecraft launched in the late 1950s had no computers at all. By the mid-1960s, technology advanced enough to include on-board digital computers for navigation. With the Space Race well underway, politicians, engineers and scientists set their sites on the moon and the Apollo Missions coincided with the development of the IC. The Minuteman ICBM program began in the early 1960s as part of the Cold War nuclear arms race. A Minuteman ICBM could be guided from Earth stations or aircraft, but engineers preferred a compact, on-board navigational system. In 1964, Texas Instruments developed a navigational computer based on ICs. The guaranteed market and premiums paid by NASA and the military during the developmental stages of ICs ensured success of the new microchip technology, which led to the mass production of low-cost microchips for personal computers and various consumer electronics.

The U.S. Reconnaissance Office for spy satellites was responsible for the developmental advance of the digital camera in your smartphone. The first spy satellites deployed during the Cold War did not have digital cameras. The CIA’s Corona satellite program launched several satellites to spy on the Soviet Union and China between 1959 and 1972. The satellites took pictures on film made by Kodak and sent film reels back to Earth in canisters that were the size of a garbage can. The canisters were parachuted back to Earth’s atmosphere, where special Air Force units intercepted them in midair. If a pilot missed their target, the canister would fall into the Pacific Ocean and be retrieved by swimmers.

The Creepy, Kitschy and Geeky Patches of US Spy Satellite Launches – Smithsonian, Dec. 2014 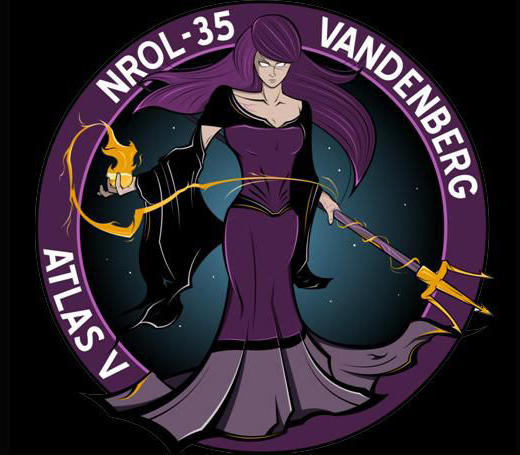 The digital camera technology that replaced the use of film in satellites evolved from the same CCD technology that captures images for television broadcasting. During the 1960s, NASA switched from using film to digital signals with space probes that mapped the surface of the moon, and then applied that technology to spy satellite programs.

The U.S. Department of Defense (DoD) set up Global Positioning System (GPS) satellites, which is how your smartphone is able track your location and make use of mapping programs. GPS originated in the Sputnik era when scientists would track a satellite by shifts in radio signals known as the “Doppler Effect.” The U.S. Navy conducted satellite navigation experiments during the 1960s to track U.S. submarines carrying nuclear missiles. With six satellites orbiting the poles, submarines could observe satellite changes in Doppler and pinpoint the submarine’s location in minutes. In the 1970s, the DoD launched its first satellite navigation system, named NAVSTAR, and completed a 24-satellite orbital system in 1993. GPS is now used for multiple military applications, foremost in guiding missiles to their targets and providing precision land and air navigation for personnel in the military theater. When you rely on that GPS app on your smartphone to keep from getting lost, you are using the same GPS satellites set up by the DoD.

The Internet was initially designed to move classified data from one laboratory to another that were conducting research on nuclear war. The mothership was the DoD’s heavily funded Advanced Research Project Agency (Arpa), which later changed its name to the Defense Advanced Research Projects Agency (DARPA). Arpa was tasked with finding a way to bring computing power to the frontlines of a military conflict. In 1969, Arpa built a network called Arpanet, which linked mainframe computers at universities, government agencies, and defense contractors around the country.

The problem with Arpanet is that it was not mobile. The mainframe system worked well for researchers sitting at a terminal, but it did little for soldiers deployed in the field. To be successful, Arpanet had to be accessible anywhere in the world at any time. It also had to be future-proof so that the underlying protocol would never become obsolete, even as the military kept innovating, building, and developing new technologies. In 1974, one of the first blueprints were developed and in August of 1976, the first packets of data were transmitted through the air to a repeater on a mountain top, where they were amplified and rebroadcast and the first wireless network for the Internet was born.

How the internet was invented…  “This isn’t just a technical accomplishment – it’s a design decision. The most important thing to understand about the origins of the internet, Nielson says, is that it came out of the military. While Arpa had wide latitude, it still had to choose its projects with an eye toward developing technologies that might someday be useful for winning wars. The engineers who built the internet understood that, and tailored it accordingly. That’s why they designed the internet to run anywhere: because the US military is everywhere. It maintains nearly 800 bases in more than 70 countries around the world. It has hundreds of ships, thousands of warplanes, and tens of thousands of armored vehicles. The reason the internet can work across any device, network, and medium – the reason a smartphone in Sao Paulo can stream a song from a server in Singapore – is because it needed to be as ubiquitous as the American security apparatus that financed its construction.” – The Guardian, Jul. 2016

Steve Jobs of Apple invented nothing. He made use of a technology developed by the military and exploited it with a marketing campaign. Bill Gates of Microsoft invented nothing. He purchased MS DOS, which was a computer language developed for the Air Force, and then he launched it as Microsoft Windows. Mark Zuckerberg of Facebook invented nothing. He combined existing technologies and expanded the idea of social networking that originated with AOL. A whole generation is living in a fantasy of creativity. The basic tools guiding our lives and permeating our daily routines were actually developed by scientists of warriors and then sold to us by marketers who convinced us they were the geniuses and made billions. The only reason you probably do not think of it that way is that you do not know it and you think if you do not know it, it will not be true.

The use of a mobile phone goes back to WWI, and the U.S. Army first deployed a modern cellphone in 1985 during operation Desert Storm. There is nothing in your hipster smartphone that was not developed by the military industrial complex. You may think war is a distant thing that has nothing to do with you, but every piece of your smartphone is drenched in the history of war. Leon Trotsky, the Russian revolutionary who was a Marxist and a Leninist, used to say that you may not be interested in war, but war is interested in you. The progressive globalist would have you believe that if we submit to a new world order with a unified world government, world war would not occur. Unfortunately, those utopians have never heard of a civil war.

The fantasy that you can make a decision to avoid war is nonsense. Low-intensity conflicts are occurring all over the world. Geopolitical tensions are affecting you financially whether you realize it or not. War doesn’t care what you like or don’t like and history doesn’t give a damn what you like or do not like. You may be a bilineal, but you bleed from a bullet and die from explosives just like anybody else. Our lives are built around the technologies that came out of war. There is a belief that experts and technology will eventually guide our lives and make us safe, secure, and healthy as we merrily stumble onward, disconnected from war and pretending it has nothing to do with us.

In 2008, mainstream media and government-sanctioned financial experts claimed that everything was okay and there was no financial crisis on the horizon.

“30 Bernanke Quotes That Are So Absurd You Won’t Know Whether To Laugh Or Cry… “Bernanke kept insisting that the housing market was stable even while it was falling apart, he had absolutely no idea the financial crisis was coming, he declared that Fannie Mae and Freddie Mac were in no danger of failing just before they failed, and his policies have created asset bubble after asset bubble. The world financial system is now inherently unstable.” – Business Insider, Dec. 2010

Your smartphone is the next generation of warfare, and recent studies have concluded that your smartphone makes you stupid. Do you still believe and trust in a digital world that is plagued by cyberwarfare? Do you think you will be the lucky one to avoid a world turned upside by staring at your smartphone? Do you think you will be one of the few “Dogged by The War on Cash” survivors who convert their fugazzi cryptocurrency into something tangible or sound money with intrinsic value? Are you kidding yourself by not keeping an insurance policy that just might buy you food, transportation, shelter, or safety when you may need it most? Do you have some gold and silver in your possession? Do you realize that Russian submarines are prowling around vital undersea cables?

“History is Not a Theatre of Happiness” – Georg Wilhelm Friedrich Hegel