Roughly 10 years ago, the great financial crisis began to show its colors, followed by 8 years of ZIRP and several rounds of QE.  It has taken 2.5 years for the FOMC to raise interest rates back to the 1.75% to 2% range.  We are currently at the same level where Greenspan lowered rates after the Dotcom bust and where Ben Bernanke and Hank Paulson pulled the first of three QE triggers back in Nov. 2008.  So there’s no progress in this department.

Federal Reserve Chair Jerome Powell informed the peasants on Wednesday that “with the economy strong and risks to the outlook balanced, the case for continued gradual increases in the federal-funds rate remains strong and broadly supported” among the FOMC membership.  The U.S. economy “remains strong” despite recent stock market volatility, and the FOMC is on track to “gradually” raise interest rates.  “While some asset prices are high by historical standards,” Powell does not see any “excessive borrowing or leverage.”

Have you noticed any indications of excessive borrowing or leverage in the system?

The booming leveraged loan market is getting riskier – CNBC, Jun. 2018

The first chart for the jury shows the S&P 500 vs. FINRA margin debt growth since 1997, based on real (inflation-adjusted) data.

“The New York Stock Exchange previously published end-of-month data for margin debt on the NYX data website, including historical data going back to 1959. Because of NYSE’s suspension of publication, we have turned to FINRA to continue our analysis.” – Advisor Perspectives, May 2018

The International Monetary Fund (IMF) recently published debt-to-GDP projections on 35 major economies across the globe, and the U.S. is the only one slated to move higher over the next 5 years. Astounding. 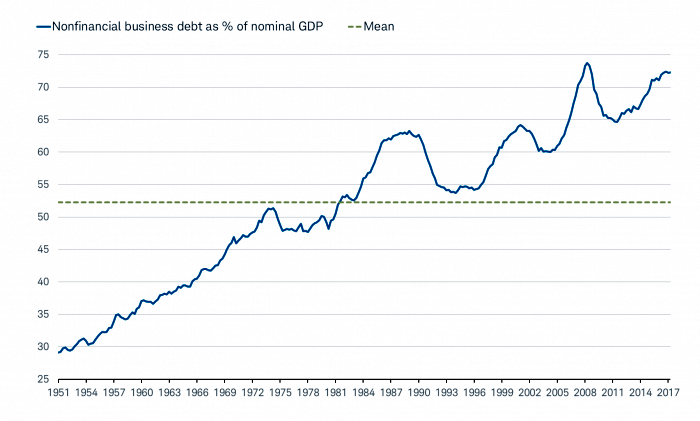 Net interest payment growth is about to explode far beyond what the government spends on everything else.  As the Fed attempts to normalize interest rates and QT its balance sheet, debt service will increase sharply. Total domestic non-financial debt alone is almost $50 trillion.  A 1% increase in interest rates is roughly equal to $500 billion in additional debt service.

Federal Debt Held by Foreign and International Investors – FRED, May 2018

Americans are $13+ trillion in debt up to their eyeballs.

This Is How Much Debt the Average American Has Now… “Total household debt—a category that includes mortgages, student loans, and car loans along with credit card and other debt—dipped in the wake of the Great Recession, but it has since steadily rebounded in the years since. Overall, Americans’ debt hit a new high of $13 trillion last year, surpassing the previous record set in 2008 by $280 billion, according to the New York Fed.” – Time, Apr. 2018

By the way, you cannot point fingers at retiring baby boomers for the rapid rise of those not in the workforce. Think of all those folks with student loan debt that has to be paid. Have fun with this one. 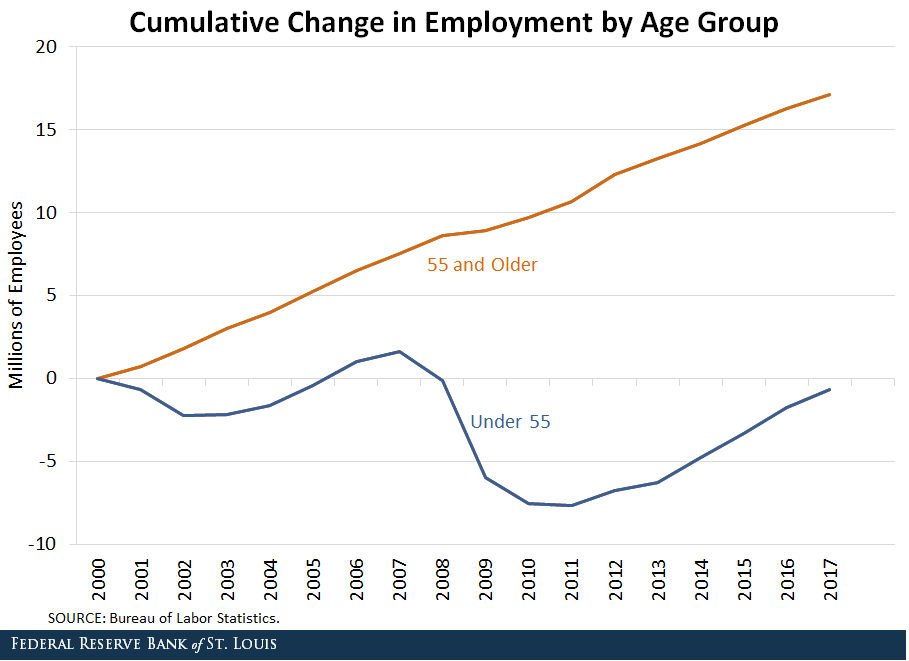 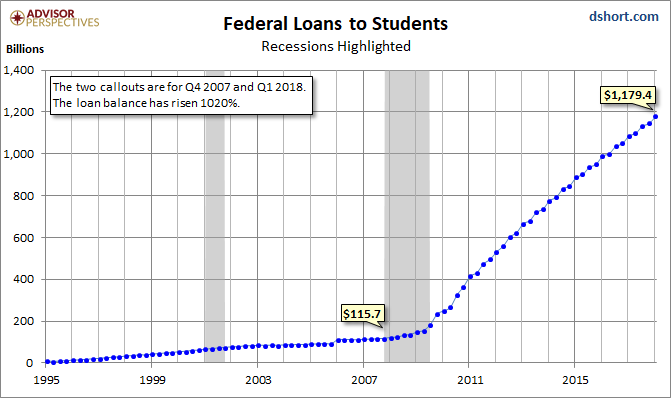 With housing prices higher than 2007 and a stock market on the moon, everyone must be doing great in this booming, feel-good economy.  Well, maybe not.

I could continue with a plethora of other data points to make my point.  The bottom line is the whole story about the economy being strong and debt never being a problem reminds me of a fox that got back into the hen house by posing as a snake oil salesperson.

Finally, some words of financial wisdom from Bernanke in 2005-2007.