If you did not have an opportunity to review “Smart Money Ace Up the Sleeve and a Gold Chart Update” Part 1 and 2, I suggest you do so before continuing. The Commitments of Trader Report (CoT) released today is flatlined, so there’s nothing new to report on that topic. To view a larger version of any chart, right-click on it and choose your “view image” option.

The USD/gold ratio chart may be hinting at a make or break rally for gold as we enter the fall season. The ratio topped out several months after gold’s 1999 low and subsequently breached the 50 Simple Moving Average (SMA) to the downside. The ratio bottomed out while gold was making its high in 2011. It began a steady rise and breached the 50 SMA to the upside, then topped out while gold was making its low in 2015. Gold rallied until early 2018 and the ratio breached back below the 50 SMA, but it has pivoted upward during gold’s 2018 downtrend. The 50 SMA and topside trendline drawn down from 2015 are now resistance. The StochRSI may not be indicating a sustained pivot to the upside in the ratio because it can break to the upside as the ratio trends downward overall (note 2004-2006). In order for gold’s odds to favor a sustained rally through the remainder of 2018, the 50 SMA and topside trendline cannot be breached decisively. If resistance succeeds and the ratio returns to a downtrend, expect gold to be in rally mode.

Looking at the dollar, what stands out is the Flag Tilt, which is generally bullish with the upward trend in mind, although gold and the dollar do have a history of trending together. The dollar price is currently above all the moving averages, which is price-positive. The StochRSI has fallen significantly and needs a strong price reversal for it to return to a bullish indicator. The DMI-ADX remains positive, but weak in trend momentum. The convergence of the two Fibonacci levels have acted as strong resistance for three weeks, and this week’s price remained unchanged, with a Doji Candle that’s indicative of trend indecision.

Given current geopolitical tensions, tariffs, sanctions, blood in the streets with emerging markets issues, and currency wars, anything goes.

Here are a few data points to consider as we close out the week. 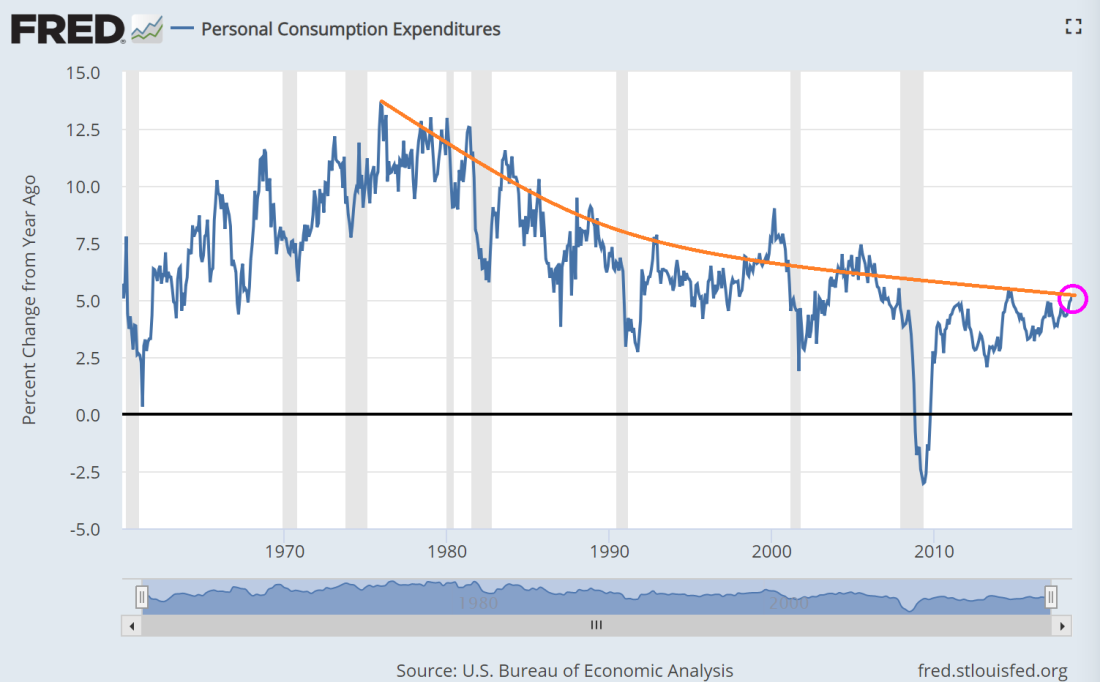 Freeland Confirms US, Canada Trade Talks Continue, Sees “Win-Win-Win Deal Within Reach”… “In an anticlimatic conclusion to the week’s top trade event, talks between the U.S. and Canada ended Friday without a deal on a new North American Free Trade Agreement, but the two parties were said to have made “some progress” and  discussions are expected to continue next week.” – ZeroHedge, Aug. 31

Weekend Reading: Are Emerging Markets Sending A Signal… “Emerging and International Markets were removed in January from portfolios on the basis that ’trade wars’ and ’rising rates’ were not good for these groups. With the addition of the ’Turkey Crisis,’ ongoing tariffs, and trade wars, there is simply no reason to add ’drag’ to a portfolio currently. These two markets are likely to get much worse before they get better. Put stops on all positions.” – Real Investment Advice, Aug. 31

For What It’s Worth – Buffalo Springfield HD Widescreen & Stereo