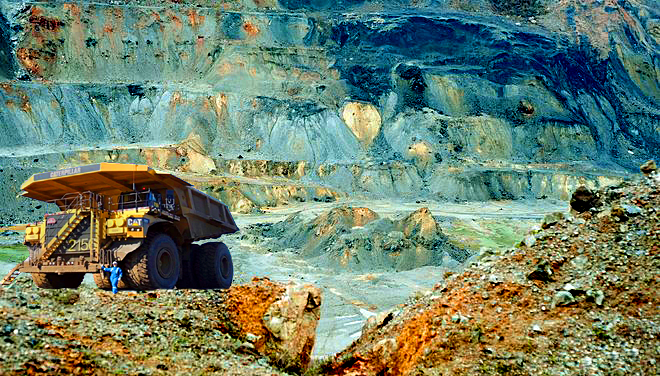 Today, China announced a levy on $60bn of U.S. goods a few hours after the POTUS imposed new tariffs on $200bn of Chinese products. The financial markets appear to be shrugging off the latest trade war posturing, but are they complacent?

There is a category in the tariff-tossing sandbox spared thus far, but it’s a possibility if the trade war becomes extremely nasty. Many underestimate the importance of rare earth elements (REEs). Wherever you look in the world, and especially in electronics, REEs permeate the manufacturing of cell phones, televisions, automobiles, computers, monitor displays, superconductors, magnets, alloys, renewable energy, medical devices, caustic cleaning agents, specialized glass, anti-counterfeit embedding, aerospace, lasers, various high-tech military applications, and so many more. You are looking at products that require and contain REEs.

There are 17 known REEs found on Earth, and the word “rare” connotes scarcity, but they are abundant all over the world in small amounts. The term “rare earth” came from their original discovery, as only tiny portions can be isolated from larger quantities of more common elements. There are 15 metallic chemical elements with atomic numbers from 57 to 71 (lanthanides) and similar elements scandium and yttrium. 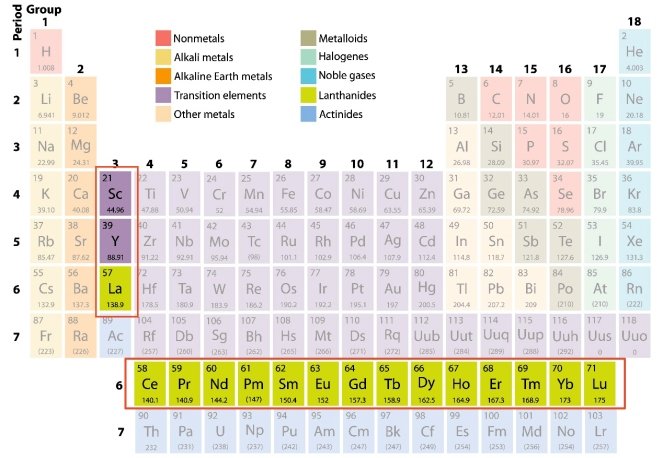 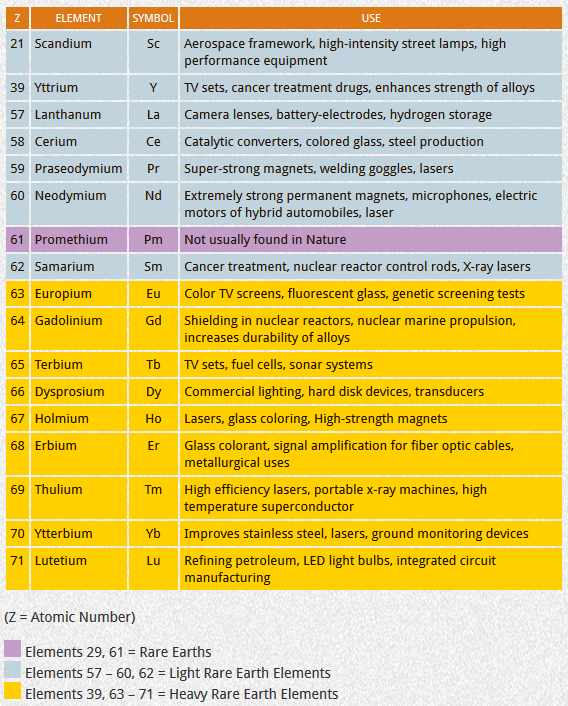 U.S. gives rare earths reprieve in revised $200 billion China tariff list… “The United States is aware of the strategic importance of rare earth metals as illustrated by a U.S. law passed last month that bans the purchase of rare earth magnets from China for the military in the 2019 fiscal year. The law clearly highlighted how exposed the nation was to any kind of disruption to the Chinese supply chain… Whether the Chinese will retaliate and use rare earths as a bargaining chip or “strategic lever” in future talks with the United States remains to be seen, Dylan Kelly said, a resources analyst at brokerage CLSA in Sydney. ‘But obviously that’s where a lot of investors have focused their attention.’” – Reuters, Sep. 18

China has dialed its retaliation down… “Reuters has analyzed China’s new tariffs on US goods, and found that they are less severe than Beijing proposed last month. China will levy tariffs on a total of 5,207 U.S. products, at 5% and 10%, instead of the previously proposed rates of 5%, 10%, 20% and 25%, even as the products remain unchanged from the previous plan. China will impose a 10% tariff on U.S. products it previously designated for a rate of 20% and 25%, and 5% tariffs on goods previously under the 5% and 10% rates. Items previously designated to be hit by 20% or 25% tariffs included products ranging from liquefied natural gas and mineral ores to coffee and various types of edible oil. Those goods will now be taxed 10%. Goods previously marked under the 10% category included products such as frozen vegetables, cocoa powder and chemical products. Those products will now be taxed 5%. That all adds up to less of an impact on US exporters, and also less pain for Chinese customers (because tariffs are paid by domestic consumers).” – The Guardian, Sep. 18

The extraction process to pull REEs out of the ground is technology and labor-intensive and costly, as they are mixed with other larger ore deposits. Removal requires the use of acids and various chemicals to break down ore, which creates a lot of soil contamination issues. The pollutants include heavy metals, as well as radioactive material that must be stored in isolated facilities or lakes. Most countries do not allow the mining of REEs because most folks are not interested in toxic waste. Therefore, countries such as China and India, with less strict environmental regulations, tend to be core suppliers for the world. Once upon a time, the U.S. was the main supplier until China came along with much lower extraction costs, which made it unsustainable on an economic level for other mining operations to continue production. It is just another example of poor domestic policy, with recent administrations that layered additional issues on top of existing unfair trade policies.

Essentially, China has cornered the REE market, which provides them with political advantages, as well as economic benefits. Meanwhile, big-tech players in Silicon Valley are freaking out under the radar because current tariffs may harm the U.S. economy. The scarcity of REE resources and rising costs to acquire new deposits across the globe have resulted in small successes, but nothing has surfaced that is economically feasible to offset China’s stranglehold.

Seven years ago, Japan discovered a huge supply of REEs. The deposit amounts to 80 to 100 billion tonnes vs. global reserves confirmed by the U.S. Geological Survey of just 110 million tonnes, which are found mainly in China, Russia, former Soviet countries, and the U.S. The issue with Japan’s discovery is that they are located on the floor (11,500-20,000 ft below the surface) of the Pacific Ocean and adjacent to China’s South China Sea venture of creating military bases on artificial islands. There are many dots the mainstream media are not connecting or are simply refusing to do so.

To make the Japan scenario less interesting given current geopolitical stresses across the globe, guess who discovered the largest known surface REE deposit on the planet only five years ago: Rocket Man! I cannot make this stuff up even if I tried. 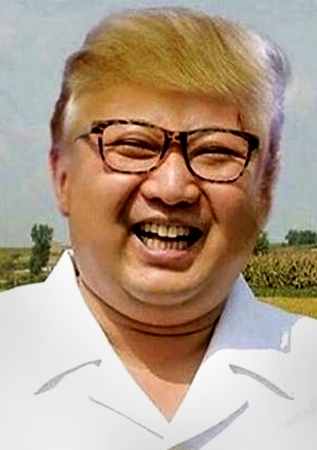 Of note to end this post, Taiwan is preparing to move a portion of its business interest out of China due to the potential fallout of trade wars. China is obviously not happy about that.

Trade war: Taiwanese firms to flee mainland China over Donald Trump’s tariffs, claims Taipei… “At least 20 Taiwanese enterprises were likely to relocate from the mainland to Taiwan, wary of the imminent impact of fresh US tariffs on imports from mainland China, Taiwan’s Minister of Economic Affairs Shen Jong-chin said on Tuesday.. ‘We welcome mainland-based Taiwanese businesses to move their bases back,’ he said. ‘The government has already installed various mechanisms to assist the relocated businesses and will provide them with the most effective aid during their relocation.’” – SCMP, Sep. 18

So, has the POTUS softened China up? Walter Bloomberg notes today…

Let us hope so, but only time will tell. The last thing we need is a shooting war with China and North Korea.

Plan Your Trade, Trade Your Plan.