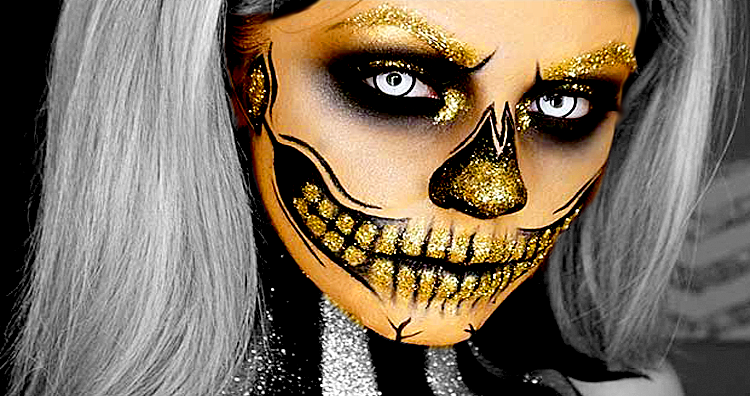 Never a day goes by that social media trolls do not hunker down into a confused abyss of why the financial markets, gold, or silver will or did go up or down during a particular time. The misinformed, envious, or even angry tend to surface as a sad wickedness of the tongue, rather than engaging in factual semantics that benefit the earnest students of the market. It appears to be just another symptom of a bifurcated political escalation since the 2000 presidential election, where Bush and Gore relegated their higher principals to hanging chads following a polarized public and election and the current hibernation into the safe space of PC-filled bunkers devoid of intrinsic face-to-face humanity. To all the hard-working analysts out there that continually toss out morsels of due diligent wisdom to the shark-infested swamp of close-call swipes, a big hat tip to your efforts and fortitude. Offering some basic technical analysis insights for the pups that may feel tricked by the precious metal cartel has always tilted toward their benefit and not my financial enrichment.

In response to my most recent analysis in “Gold’s Measured Move to the Upside is Under Pressure,” I had the unfortunate pleasure of consuming the following…

“All that analysis for not that many dollars. Why are we even talking about this?” “Yeah, well, you know, that’s just, like, your opinion, man.” “TraderStef is just another fake, self invented expert. The internet is full of them. No more insight into the market than your average grocery clerk.” – Trolls

To that, I will repeat the following quote from my previous article…

“But the average man doesn’t wish to be told that it is a bull or bear market. He desires to be told specifically which particular stock to buy or sell. He wants to get something for nothing. He does not wish to work. He does not even wish to have to think.” – Jesse Livermore

Before offering a humble opinion on the recent price action, I will briefly address “all that analysis for not that many dollars. Why are we even talking about this?” From a linear or retail perspective, I understand why one may question the risking of capital based on their perceived value of a move. As to the amount of analysis required, the effort may appear wasteful to the novice, but to the seasoned trader, it is like breathing or knowing the back of your hand. The return depends only upon the dollar amount invested or leveraged. The same line of thought applies to the amount of gold required to back a fiat currency: the amount of gold is irrelevant, but rather the dollar value assigned to each ounce of gold is what matters.

If you purchased 100 shares of an equity that climbs $1 in price, that equals $100 in profit, minus a small transaction fee. Multiply those numbers by the amount of capital available while sticking to the “rules” of buying into weakness and selling into strength. Profit potential is only restricted by the amount of capital invested and the equity’s level of liquidity.

Before plugging any numbers into a hypothetical gold futures trade, review the following chart that was a culmination of technical analyses from a selection of articles going back to July, therefore, the trader was aware of a potential bear trap trade and price points to focus on. To view a larger version of any chart, right-click on it and choose your “view image” option.

“The Cup and Handle is clear on the 4-hour chart and is when I published a sweet spot alert on Oct. 2 where a major short squeeze took place. Note the volume spike that accompanied that price spike back to the Descending Broadening Wedge topside trendline. The next voluminous short squeeze move is the Flagpole and Pennant, decisively leaving all the moving averages in the dust and described as the “gold shorts suffer biggest squeeze since 1999.” This is where the visual of a subsequent Flag on the daily does not pan out in the details, as the lows and highs do not line up at tap points. Following the Pennant, the price chopped out for seven days to form a bullish Inverse Head & Shoulders. The price is now chopping within a Rising Wedge, with formidable resistance and selling pressure in the low $1,240s. Rising Wedges tend to be bearish, and the StochRSI has broken down to the negative on this 4-hour chart, despite the DMI-ADX still showing a positive trend. I suspect there may be a near-term breather at current price levels or after briefly tapping $1,250 unless another large short squeeze presents itself. Also, take into consideration the recent dollar vs. gold price action.”

Let us assume you were a heavyweight speculator that’s trading on margin in gold futures and seeking an entry point for a swing trade of 10 contracts. Each contract is equal to 100oz of paper gold. Based on the above chart, a realistic entry point took place sometime after the sweet spot alert on Oct. 2, with an initial stop at roughly $1,200 and a rising stop level equal to the 50 EMA or a running FOREX stop out level equal to a margin call line in the sand. To be conservative, assume the entry point was $1,205 and near the volume/price spike that occurred on Oct. 11. Assume a total investment of $1,200,500 with a strong conviction. A reasonable exit on strength was Oct. 23 at $1,235 after a solid three-wave move up. The profit chimes in at $30,000, which is a year’s salary for many folks in this country.  You can easily scale that trade down to the small speculator playpen of $GLD and walk away with $3,000 bread and butter work.

Where are we in the price action today? I will stick with a 4-hour chart for continuity. The two black dots indicate the entry and exit points of the hypothetical trade noted above.

“Friday’s closing candle is a Shooting Star (on the daily) that is typically a bearish signal, but as usual, we must wait to see what this week’s trading action brings to the table. Gold might face some downside pressure in the medium-term if another short squeeze does not materialize soon… I suspect there may be a near-term breather at current price levels or after briefly tapping $1,250.” – Oct. 26

The Shooting Star candlestick at the October high of $1,243.44 on the daily turned out to be a solid indicator for the current pullback. The downtrend so far is printing a very steep Falling Wedge, with all parameters met. Each Fibonacci and Exponential Moving Average (EMA) has acted as a brief support level along the way down, with the price currently perched on the 200 EMA all day today. A solid level of support resides at the $1,210 Fibonacci lateral level that sits atop the Bear Trap, and the volumes and candlesticks indicated by black arrows are where large short squeezes took place earlier this month that will provide support. The volumes have risen through each leg down on Monday and Tuesday, but the price stabilized today atop the 200 EMA despite the rising volume and low put in early this morning at $1,211.97. The price may still probe lower to that lateral red support line or the 300 and 500 Simple Moving Averages (SMA). The DMI-ADX is still trending with negative momentum, and the StochRSI is bouncing along oversold territory. Either the price chops out from here and rounds out a bottom for the Falling Wedge or the wedge falls a bit further and tighter. There is no candlestick pattern defined in today’s grouping that gives any indication for a price direction one way or the other.  Although, the 200 EMA provided solid support all day, a Dragonfly Doji printed at the low, and on the daily chart brakes were pressed on top of the 50 EMA.  Those three items lean to a rounding out of a bottom here. There are plenty of newsworthy events and strong fundamentals that could move this market on a dime over the next week. I would sit tight on the sidelines and wait patiently for another sweet spot opportunity.

I will leave you with a interview treat to consider today. It’s the man who worked directly with the chairman of the COMEX in the 1970s, Michael Oliver, via King World News.