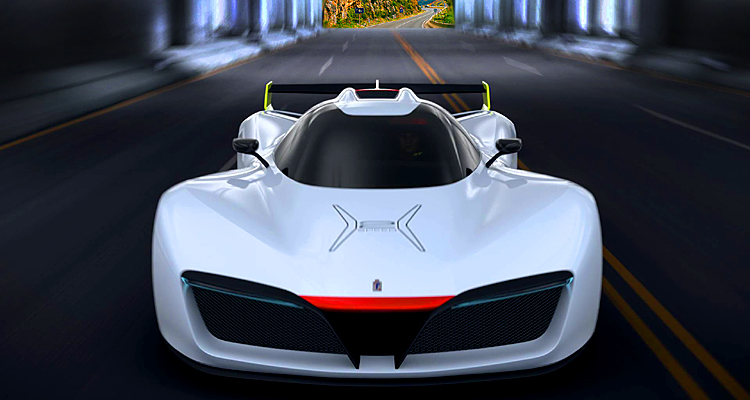 Hydrogen is a clean fuel, and when consumed by a fuel cell, it only creates water. Hydrogen can be extracted from multiple domestic sources, such as nuclear power, natural gas, biomass, and renewable energy, like wind and solar. Those benefits make it an attractive fuel option as an addition to existing transportation and electricity generation modalities. Hydrogen fuel cells create electricity by combining hydrogen and oxygen atoms, and the fuel cell is two to three times more efficient than a combustion engine that runs on gasoline. Small fuel cells can power computers, cell phones, small buildings, and military applications that are static or portable. Large fuel cells are a realistic option for emergency or standard power in large buildings, real estate developments, and remote locations that aren’t connected to resilient power grids.

Almost all of the hydrogen consumed in the U.S. is by petroleum refineries, treating metals, the production of fertilizer, and food processing. NASA began using liquid hydrogen as rocket fuel in the 1950s and was one of the first to utilize hydrogen fuel cells to power electrical systems on its spacecraft.

Several automotive companies have invested in research and development and are now producing zero-emission hydrogen fuel cell electric vehicles (EV) for places where hydrogen is readily available to consumers, which includes California and a few other metropolitan areas in the U.S. The California Fuel Cell Partnership launched a Website where consumers can locate the nearest hydrogen station. Toyota is leading the race, as they have been working on hydrogen-powered EVs for more than 25 years and have introduced the 2019 Mirai. 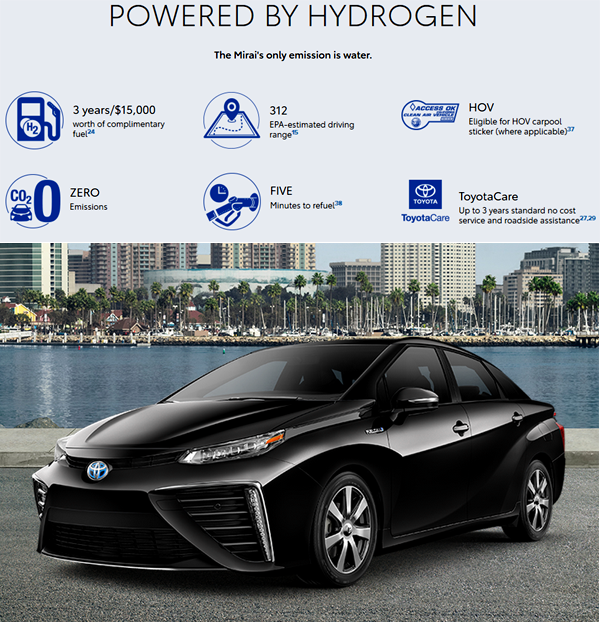 Honda also stepped up to the challenge with a compact Smart Hydrogen Station that generates high-pressure hydrogen without a compressor. Just as the Asian automotive manufacturers gutted the U.S. industry 40 years ago by producing high-mileage compact cars, they are making their mark this century with hydrogen-powered EV technology. 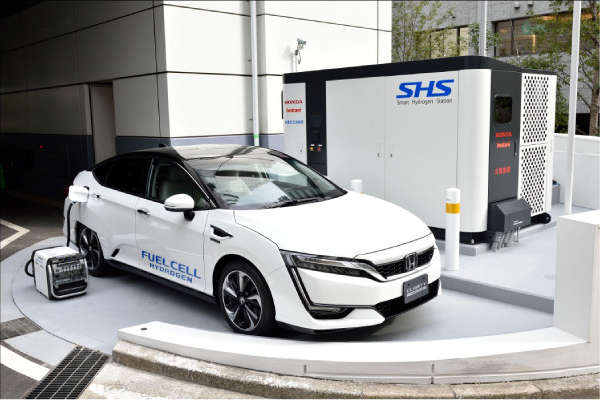 China and South Africa are the latest addition to building a hydrogen-powered economy.

Two big advantages hydrogen-powered vehicles have over a battery-powered option are more miles per tank fill-up and a fast fill at the pump. Depending on the brand and model of EV in the current market, driving distances per charge vary from 100 to 250 miles, with a plug-in time of 30 minutes to an hour. The hydrogen EV option offers 300 to 500 miles and a fill-up at the pump in 5 minutes or less, which is comparable to the current combustion engine industry. It sounds like a no-brainer comparison in convenience, but there are issues to surmount before a robust hydrogen-based market can compete with the EV and traditional automotive industry.

The most pressing issue for a hydrogen-powered economy is a lack of production and distribution infrastructure to support potential demand. The EV market is far ahead of the game in providing consumers with charging stations across the globe, location availability through apps such as ChargeHub and PlugShare, and EV charging at home is a reality vs. a hydrogen generation plant in your garage that is unaffordable to the average consumer at this time. Automotive manufacturing giants argue that advances are in progress for developing an infrastructure for hydrogen-powered technology and our modern transportation network did not evolve from dirt roads and a horse-drawn buggy to paved highways and Ford overnight.

In 1997, cynics ridiculed Elon Musk’s Tesla just as Musk and others called a hydrogen-powered EV dumb. Millions of Prius hybrids later, no one is laughing.

Cost-effective method for hydrogen fuel production process… Nanoparticles composed of nickel and iron have been found to be more effective and efficient than other, more costly materials when used as catalysts in the production of hydrogen fuel through water electrolysis. The discovery was made by University of Arkansas researchers Jingyi Chen, associate professor of physical chemistry, and Lauren Greenlee, assistant professor of chemical engineering, as well as colleagues from Brookhaven National Lab and Argonne National Lab.” – Science News, Mar. 19

The headline vehicle pictured in this article was a concept car at the Geneva Auto Show. The Italian design house Pininfarina plans to produce the eco-conscious H2 Speed racecar, which is powered by a GreenGT hydrogen fuel cell that drives two rear-wheel motors to produce 500 horsepower. The price is $2.5 million.

2 thoughts on “The Race to Retail Hydrogen Fuel Cell Technology, Production, and Distribution”