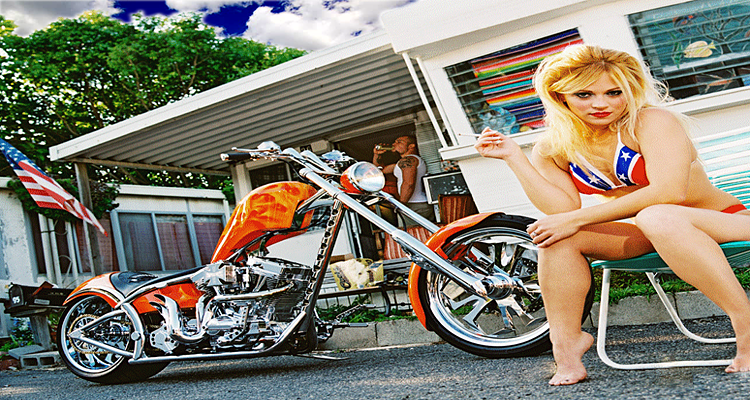 FIRE is a lifestyle choice that has captured a decent amount of media attention. I purposely juxtaposed the title of this article with what the FIRE acronym is supposed to represent, with an image that may elicit a stereotypical thought that may be in opposition to FIRE in the average American’s mind. In actuality, anyone who pursues FIRE is just another “Easy Rider” living out their personal version of the American Dream on the cheap, from the point where they begin their journey to where they confidently achieve the goal in mind. It is all about choices.

“That dream of a land in which life should be better and richer and fuller for everyone, with opportunity for each according to ability or achievement” – Epic of America by James Truslow Adams, 1931

“The idea of the American Dream has much deeper roots. Its tenets can be found in the Declaration of Independence, which states: ‘We hold these truths to be self-evident, that all men are created equal, that they are endowed by their Creator with certain unalienable Rights, that among these are Life, Liberty, and the pursuit of Happiness.’” – Investopedia

An early retirement may be the underlying definition of the FIRE movement, but encompassing that goal includes financial prudence, achieving a debt-free base through expense frugality, a modest home that may include some land, and most important is flexibility.

If you are stuck in a dogma that FIRE requires you to retire very young with millions of dollars while living in McMansion Hell and a 5G smart phone in your pocket with a new car every few years, you are likely missing the point. Furthermore, contrary to the traditional view of retirement, FIRE does not mean you have to quit your job and not “work.” Work may be a part-time commitment where you are fulfilling a preferred contribution to society, such as farming a humble piece of land that supplements your meal requirements and provides medicinal herbs, and both may lead to selling your harvest at local markets and restaurants.

You Can Retire Early!… “It’s less about retiring early and more about having the freedom to pursue your dreams and ambitions… the freedom to choose to work or not.” – Deacon Hayes, Founder of Well Kept Wallet

The Secret World Of The ‘FIREd’… “And I suppose I’m part of this crowd, although retiring from the practice of law at 49 makes me older than many in this group.” – Forbes, Aug. 2016

FIRE… “These early retirees bought their ‘disgusting’ house in Montana with cash and budget less than $1 a pound for food…  Extreme frugality was the key to financial freedom for this FIRE family.” – MarketWatch, Sep. 2019

The sad truth is a majority of folks will not realize a “retired” status until late in their lives (if ever). A barrier to achieving FIRE is the inability to adhere to self-discipline and sacrifice. In today’s world, it seems that fewer and fewer are willing to make the sacrifices necessary that were once a requirement the further back in history you go. Our modern Western culture has morphed into a place where we can acquire almost anything we want instantly via credit card or government handout. We also have greater access to information due to the Internet, infinite communications in our cell-towered utopia, the FOMO from quick riches with fugazzi crypto, and endless streams of social media noise that can distract from the self-discipline and sacrifice experience. The distractions and opportunities for instant gratification have truly become nearly infinite.

Sacrifice comes in many flavors, and not everyone has to make the same sacrifices to attain the level of financial independence required to reach a preferred goal. In order to arrive at your personal utopia, you must make some sacrifices because the odds of winning the Powerball jackpot are definitely not in your favor.

There are plenty of books and Websites published by highly-successful individuals selling a story about how to reach financial freedom. Some will try to convince you that it is easy by just following a series of steps. If it were really so easy, we would all be there already. Most folks fail to realize the most difficult part to achieving any level of financial freedom or FIRE is dedication, an unwavering mindset, and the sacrifices that evolve into a process that takes many years. It does not matter how many steps there are, as what matters is how effectively you incorporate those steps into your daily life. There are no quick fixes. Just like in a relationship, it can take years to build a level of trust that is unshakable; acquiring the confidence within you to achieve a humble level of FIRE is surely no different.

The math behind FIRE is simple: spend less than you earn, save, and invest wisely.