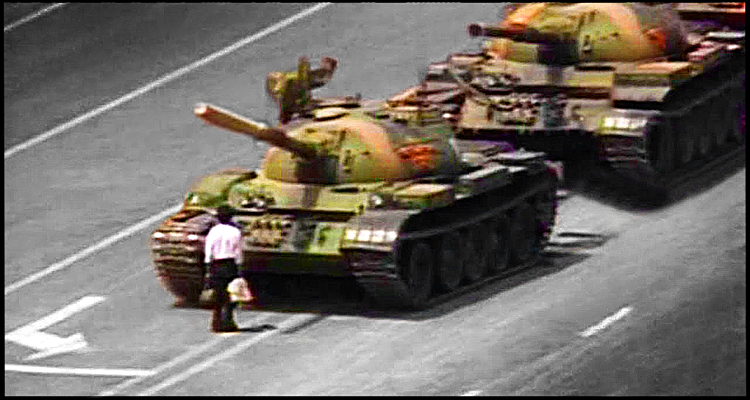 Anyone old enough to remember has probably given some thought to the coronavirus (COVID-19) pandemic as nature’s way of achieving what a massacre of student-led demonstrations for democracy at Tiananmen Square failed to accomplish in 1989.

During the 1980s, China was going through big changes as the Communist Party of China (CPC, CCP) dipped its toes into capitalism and allowed private companies and investment to infiltrate its economy to boost living standards. That philosophical change pumped a breath of fresh air into China, but brought with it an increase in corruption as well as hope for political openness. The CCP walked a dangerous path between those who wanted to accelerate change and the hardliners who needed to maintain strict state control over its economy and growing population. In the spring of 1989, the student-led protests for democracy were driven by the death of Hu Yaobang, a prominent politician who oversaw some of the economic reforms and political changes that took place in China.

The CCP viewed the student protests as an embarrassment to the rest of the world, which reached a tipping point following the Soviet Union’s Mikhail Gorbachev visiting China. His visit was the first for China’s communist peer in 30 years. A state banquet took place in the Great Hall of the People at Tiananmen Square in May and Gorbachev had to be slipped in through the back entrance because of the protests taking place outside in the Square. The video above provides a summary of the massacre of those student protestors, which took place a month later due to the CCP’s humiliation.

The Chinese regime has since gained enormous control over its population through a sycophantic bureaucracy and Orwellian infrastructure of surveillance technology that extends its “barbarian handling” mindset to within its own borders, which reinforces the suppression of dissent and information the CCP considers a threat to its existence. That ability has begun to show weakness as the government struggles to mitigate and contain COVID-19, as infected citizens are viewed as an enemy of stability if they do not conform to the policies implemented to try to contain the outbreak. As COVID-19 tests China’s healthcare infrastructure and the virus spreads across the world, it has fomented a profound sense of anger and fear among its population due to the government’s response and capacity as a one-party ruling system. One of many examples is a Chinese woman who has put herself in danger by speaking truth to power about the coronavirus situation, and unabashedly berates the government in a video that has gone viral.

It appears that Chinese officials had squandered their best opportunity to contain the initial outbreak in Wuhan and delayed a response, covered up information, and were slow to expedite appropriate action. A physician that eventually died from the virus he was fighting warned authorities about the first infection cluster and was suppressed by the government. What has since come to light, is that the first patient who experienced symptoms was discovered back on Dec. 1, 2019, which suggests the origin of COVID-19 dates back to at least November, and early evidence of human-to-human (H2H) transmission has emerged that several medical staff were infected in early Jan., 2020. It was not until Jan. 23 that Beijing finally notified the world about the severity of infection rates, and then declared war on the virus when China’s Lunar New Year season was just getting underway.

One of the most disturbing reports that sheds light on the incompetence and sycophantic tendencies of local officials is the community banquet for 40,000 families that was sponsored by the Wuhan municipal government and took place on Jan. 18. That banquet turned out to be the fire that lit the fuse for extensive H2H transmission within the community.

Wuhan community identifies ‘fever buildings’ after 40,000 families gather for potluck… “Many residents of Hubei province’s Baibuting community, which covers an area of 4 sq km with a population of 130,000, came down with fever after the annual event on Jan 18, prompting the local authorities to label 57 of its residential buildings as ‘fever buildings.’ Residents in the so-called fever buildings – each housing 14 units – told Caixin Global on Tuesday (Feb 4) they were not advised by officials on what precautions to take even after the entrance of their apartment blocks were pasted with red paper bearing the words ‘fever building’… Two days later, the city of 11 million was locked down in an effort to quarantine the epicenter.” – The Straits Times, Feb. 6

China has never encountered the challenge of paying such a high price to tackle an epidemic, both economically and socially. It is still too early to assess the full impact COVID-19 will have on the economy and its society, but based on what is known and seen thus far, the consequences will be severe and long lasting. China’s attempt to censor information and local news is creating fertile ground for its people to distrust the government even more, as there are numerous examples of when officials covered-up or downplayed large-scale disasters and political unrest such as the Tiananmen Square massacre in 1989, the SARS epidemic in 2003, contamination of the Songhua River in 2005, milk-powder poisoning in 2008, and the Wenzhou train crash in 2011.

What is likely to be the most disconcerting revelation, and unfortunately a necessary undertaking given the circumstances, will be the immediate mass cremation of residents that succumbed to the virus and shed more light on how widespread the virus actually is in China. That scandal may add one more nail in the coffin of why the U.S. government does not fully trust the numbers and information coming out of China.

The White House does not trust China’s coronavirus numbers — here is why… “U.S. mistrust of China goes as far back as the 1950s, when national authorities set unrealistic production quotas that led local officials to inflate data… The coronavirus that emerged from China’s Hubei province over a month ago and has spread to two dozen countries is already fueling mistrust from the U.S. government on whether China can provide accurate information about the epidemic.” – CNBC, Feb. 15

It is still too soon to assess the full impact of this evolving pandemic will have on the world as specifics about the virus’s origin and its spread is updated daily. I suspect that when China begins to recover from the initial onslaught that COVID-19 has caused, a large percentage of its population will rise again and make a determined effort for a democratic revolution.

Viral Alarm: When Fury Overcomes Fear… “This viral outbreak, which has been exacerbated into a national calamity by the power-holders, is more perilous perhaps than total war itself, for everything is being caught up by the struggle—the nation’s ethical fabric, its politics, our society, as well as the economy. Let me say that again—it is even more perilous than total war, for it lays the nation open to a kind of devastation that even foreign invaders in the past had failed to visit upon us. The ancients put it well, ‘Only thieves nurtured at home can truly despoil a homeland.’” – Xu Zhangrun, Feb. 10

War of the Worlds final scene (2005) – the aliens perish due to an earthbound virus.