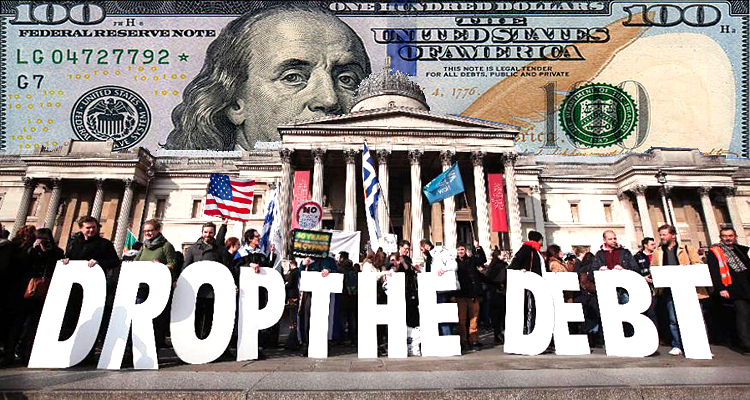 Ever since the 2016 presidential election campaign, the POTUS has suggested the U.S. refinance its extraordinary level of sovereign debt at lower interest rates. Nominal rates in the U.S. debt market recently plunged to record lows of barely above ZIRP, with real rates in NIRP land, as the world plummets into the first wave of a coronavirus (COVID-19) pandemic. The following charts plot the trend of nominal rates from 1300-2018 and the U.S. 10-year note from 1980 to the Mar. 6, 2020 close.

Donald Trump’s Idea to Cut National Debt… “When asked if the United States needed to pay its debts in full, or whether he could negotiate a partial repayment, Mr. Trump told the cable network CNBC, ‘I would borrow, knowing that if the economy crashed, you could make a deal… And if the economy was good, it was good. So, therefore, you can’t lose.’” – NYT, May, 2016

“The Federal Reserve should get our interest rates down to ZERO, or less, and we should then start to refinance our debt. Interest cost could be brought way down… The USA should always be paying the lowest rate. It is only the naïveté of the Federal Reserve that does not allow us to do what other countries are already doing. A once in a lifetime opportunity that we are missing because of “Boneheads.” – POTUS, Sep. 2019

Trump calls for lower rates amid coronavirus fallout… “Fed is making us pay more than we should and that’s ridiculous.” – CNBC, Feb. 2020

“Any hint that the coronavirus is reaching epidemic proportions on U.S. soil will likely force the Fed’s hand… which could push real interest rates below zero and possibly deter foreign capital inflows that help prop up the stock market and sovereign debt. What may offset any decrease in purchases of our debt is domestic safe-haven demand.” – TraderStef, Feb. 16

Fed cuts interest rates by half percentage point in rare inter-meeting move… “Fed officials saw the virus spreading and this represented a material change in the outlook for economic growth. ‘We have come to the view now that it is time to act in support of the economy. Once we reached that decision, we decided to go ahead.’” – MarketWatch, Mar. 3

Among many questions the POTUS answered during his first 2020 campaign town hall meeting on Mar. 5, the $23.5 trillion national debt issue was raised (at timestamp 6:08), and he slipped into his answer: “I want to refinance it.”

U.S. Yields Hurtle Toward Zero With Thin Market Stunning Traders… “‘I thought last Friday was the blow-off top and then a few times this week before today, but now it’s beyond belief,’ said Tony Farren at Mischler Financial Group… The five-year Treasury yield breached its 2012 low, dropping to a record low 0.4885%. The yield on 10-year debt — which has fallen by more than half in just over two weeks — dropped as much as 25 basis points to an unprecedented 0.6572%, before bouncing to around 0.74%. The 30-year rate, meanwhile, plunged as much as 34 basis points Friday to 1.2036%, also a record low, flattening the yield curve. The last full-day move that was bigger than that occurred in the midst of the 2008 credit crisis. The last intraday move that was larger took place in 2009.” – Bloomberg, Mar. 6

The U.S. May Already Be in a Recession… “The coronavirus could be the fatal blow to the longest economic expansion in history.” – Bloomberg, Mar. 6

“Even in 2,500 B.C., humanity understood that debt has a nasty way of expanding faster than the pace of economic growth, especially when money such as gold or other tangible assets does not anchor the currency transaction process. Every debt-based economy that ever existed was at odds with common sense. Today’s ever-expanding global debt has reached 226% of world GDP.” – TraderStef, Nov. 2019

Is refinancing the U.S. national debt even possible?

The world of Treasury debt functions very differently than a mortgage or corporate debt. The majority of mortgages can be refinanced when interest rates fall and are usually a “callable” form of debt that allows a borrower to pay off the balance before the loan comes to term. Treasury debt is not callable, and the U.S. Government cannot repurchase its own debt anytime it pleases. The government has issued callable debt in the past and may do so again, but it would require a premium on the interest rate and does not address the debt that is already in the oven. Treasuries are usually traded in secondary markets, and the Treasury could buy its own securities (QE) at market prices, but that option would not save the taxpayer any money.

If the POTUS makes a deal with creditors, it must have a minimal impact on U.S. credibility, its credit rating, and not be reported as a sovereign debt default. The savings would be substantial, and the entire tax cut package (TCJA) could be made permanent. A rule of thumb is that every percentage point that interest rates are reduced saves the U.S. taxpayer $1.7 trillion over a decade. Refinancing the debt may be painless if it was sooner than later, as the difference between short- and long-term rates for Treasuries is approaching zero.

In the meantime, the Treasury should consider issuing new tranches of debt for longer terms and lock in the current ultra-low rate environment for 10, 20, or 30 years. Any debt being rolled over can be negotiated at lower rates. It is important to address the debt problem soon because the Congressional Budget Office warned that interest on current debt will at least triple from approximately 1.8% of gross domestic product to 5.7% in 30 years. Borrowing by the U.S. will increase along with interest rates at some point, and the current debt-to-GDP ratio at roughly 107% and unfunded liabilities are not getting any smaller. Congress must also act on the fiscal side of the ledger and not allow past failures in the prudence department to derail the task of refinancing future debt.

The Global debt-to-GDP ratio reached an all-time high of 322% in 2019, with total debt in the neighborhood of $253 trillion. With the global economy taking a major blow due to the coronavirus pandemic, the very near future would be a good time to capitalize on refinancing U.S. debt. Lebanon is not in the same category as the U.S., but they are moving forward to refinance their debt.

Lebanon to default on debt for first time amid financial crisis… “‘The Lebanese state will seek to restructure its debts, in a manner consistent with the national interest, by entering into fair negotiations with all creditors’… Lebanon’s debt burden, long among the largest in the world, is now equivalent to nearly 170% of its gross domestic product.” – TheGuardian, Mar. 7

If Judy Shelton is confirmed for a seat at the Federal Reserve, perhaps she can bring sound money to the negotiating table by launching a plan to back a domestic U.S. dollar with a percentage of gold, which may offset any credit-negative talk about default when the POTUS takes a shot at refinancing the U.S. debt mess.

“Can the Federal Reserve Act be modernized? Lacy Hunt explains his reasoning by tying together repo rates, yield curve inversion, and the impact that the law of diminishing returns has on the banking system, credit, and equity markets.” – Real Vision, Feb. 7, 2020 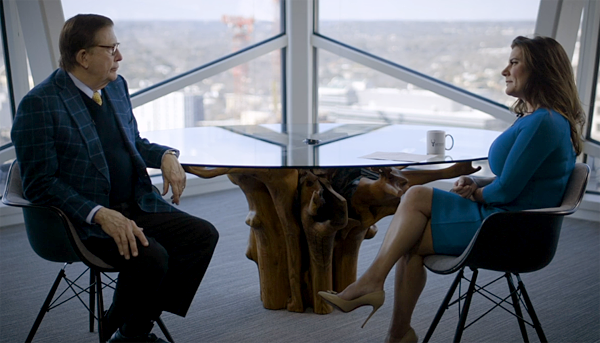