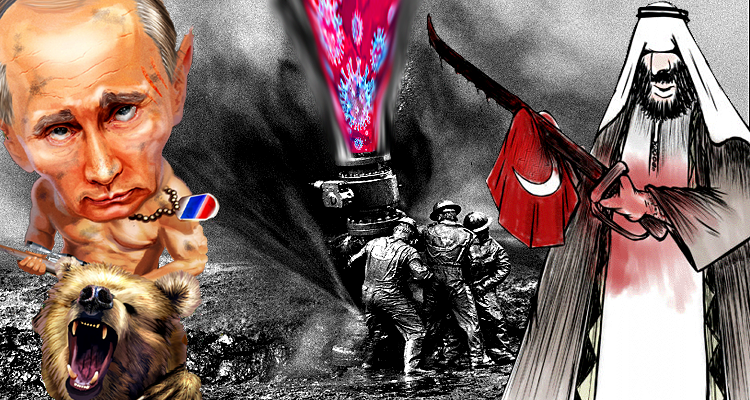 Since publishing “A Return of the Black Gold Rush” in Jan. 2018, the U.S. achieved energy dominance by cementing its position as the world leader in oil reserves, is a net oil exporter of crude and petroleum products for the first time in 70 years, and became the largest crude oil producer as Russia and Saudi Arabia fell behind.

On the heels of a coronavirus (COVID-19) pandemic spreading across the planet and severely affecting the global economy, Russia has launched one of the ugliest oil price wars in recent history. Saudi Arabia did not waste any time with a response, and several American oil companies will likely become victims in this high-stakes poker game.

On Sunday Mar. 1, Vladimir Putin said that oil prices (roughly $45 per barrel at the time) were sustainable for the Russian economy and the country was prepared for any adverse affects the pandemic may have. He also noted that OPEC+ is an “effective mechanism” for long-term stability in oil markets and that Russia had options on the table to mitigate any fall in oil prices, but emphasized that cuts in production would not revive demand in the current environment.

Some analysts speculate that Russia’s initial decision to not cut production when the global economy is struggling with a pandemic on its hands was designed to hurt U.S. shale producers in retaliation for the U.S. meddling in the politics of the Nordstream gas pipeline from Russia to Germany.

Saudi Arabia fired back on Sunday, Mar. 8 by reducing the price it charges China for unrefined oil with a $7 per barrel discount and increased its unrefined output by as much as 12 million barrels per day into an already oversupplied international market. That supply hike is 25% higher than last month’s production and puts Saudi Aramco above its capacity. Moscow promptly responded with a boost in production by 500,000 barrels per day, which puts their production at roughly 11.8 million barrels per day and leaves them in record territory. When the oil market opened on Sunday evening, the price of oil plunged 30%.

“The consensus loser will be the U.S. oil patch as the FRACKERS are carrying huge amounts of debt, which will not be paid while prices sharply decline… There will be talks about a credit crisis as banks and other oil creditors will have to absorb losses and probably restrict lending to other borrowers. Those with private equity investments in the Bakken, Permian and others will be taking inventory on how battered their portfolios will be… Recently, the Trump administration threatened the final leg of Nordstream 2, which would have completed the European dependence on Russian energy exports. President Trump will have to make a decision on whether the U.S. energy sector and some financial institutions are worth the sanctions and meddling in European energy affairs… Putin potentially can be even more disruptive… Under article 5, NATO is obligated to come to the aid of Turkey if tensions mount and a genuine conflict begins. In 1986, oil prices collapsed to $10 a barrel and Vice President George H.W. Bush went to Saudi Arabia to salvage the Texas oil patch by negotiating an end to the Saudi effort to destroy the U.S. oil business. How far will the oil prices collapse before the Trump administration realizes the role of Russia in the U.S. economy?” – Yra Harris

Stocks in oil companies usually follow oil price movements. Even before an abrupt end to the Russian-Saudi bromance, the price of oil and related equities were hit by depressed petroleum demand from a slowing global economy and evolving pandemic. The consumer may enjoy lower prices at the pump in the near-term, but the overall impact from the 20% stock market plunge, a global economic slowdown, and fear of public places will likely force the consumer into hiding. The consumer is the last leg holding up the U.S. economy and is being threatened simultaneously on numerous fronts. If the catfight at the OPEC+ party is indicative of what is afoot, there are ugly days ahead in the oil patch, along with an overdue recession in the business cycle department.

To view a larger version of the following charts, right-click on it and choose your “view image” option. 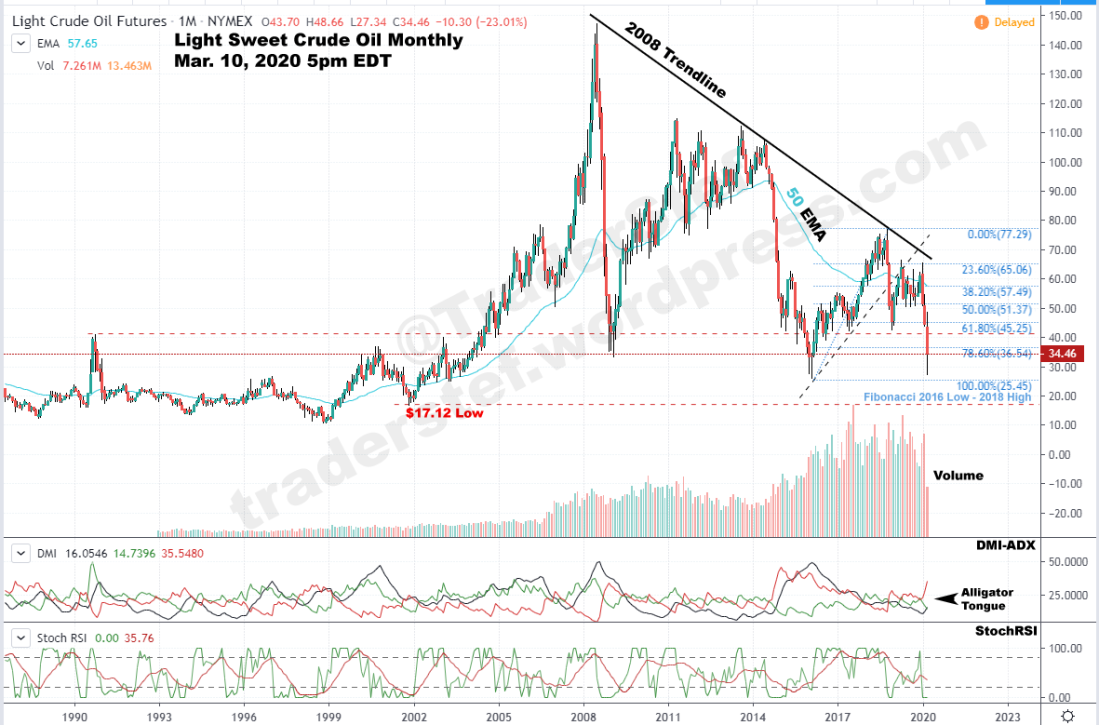 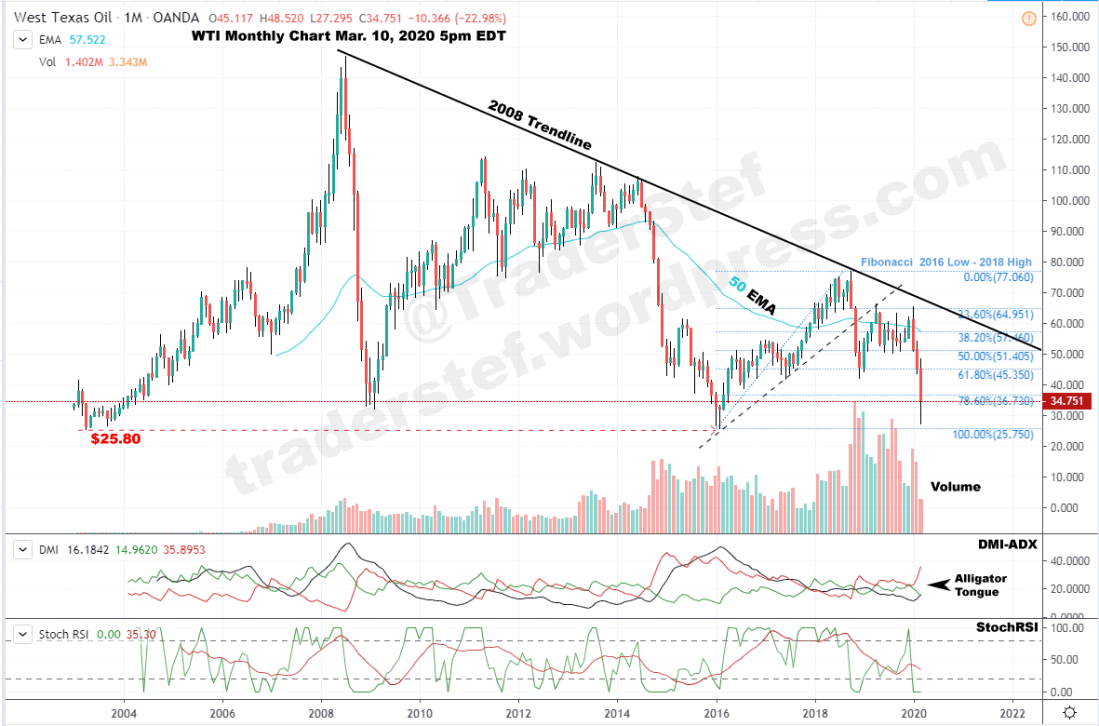 Neither chart is bullish, and prices may go lower. The timing and price point to take advantage of “blood in the streets” in the current economic conditions is not an easy choice to make.