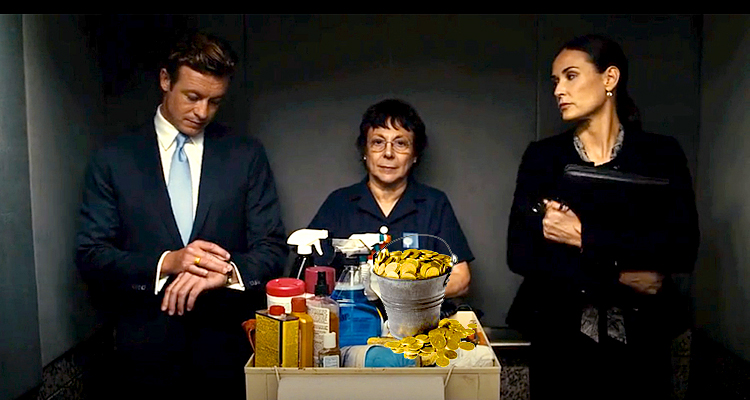 As all of you are aware, a major shift in global financial markets and the economy are afoot due to the coronavirus COVID-19 pandemic.  Here is one gold chart from this morning and a few thoughts on where the gold price stands amidst the volatility. I will post a more detailed Fusion Analysis at end of month. To view a larger version of the following chart, right-click on it and choose your “view image” option. 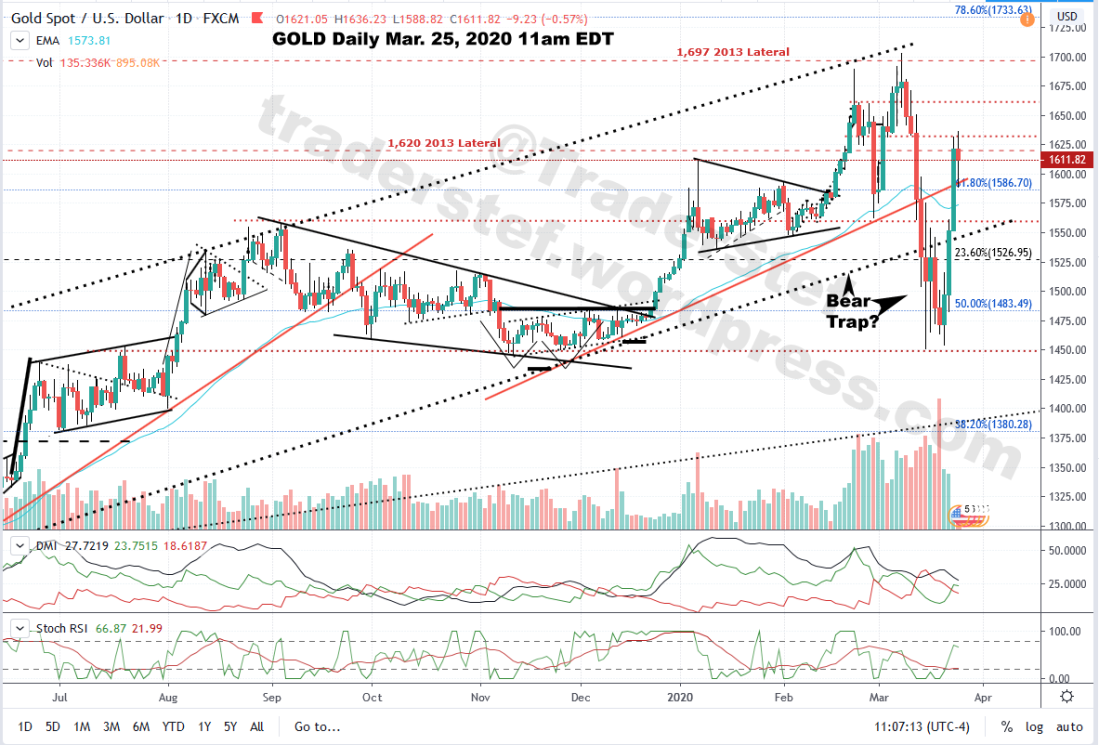 As noted throughout my analyses since 2016 and despite recent volatility, gold remains in a Primary Bull uptrend.  It appears that a Bear Trap printed last week, which is just below an Up-Channel that took root in Jun. 2019.  The following excerpt is from an article I published in Apr. 2018, and defines the Primary Bull vs. Secular Bull dynamic.

“Gold’s primary bull (accumulation phase) began (the previous one) at the Aug. 1999 low of $251. A secular bull launched in Nov. 2004 when the Feb. 1996, $417 lateral was taken out and held for several months. A primary bear began when in Apr. 2013, the $1,522 low on a Descending Triangle off the $1,921 high broke down magnificently, beginning in the European-Asian markets, and that bear continued until the Dec. 2015 low. We are now back in a primary bull phase since the 2013 trendline was decisively breached in Feb. 2016, without a violation off (out of) a Megaphone pattern. When and IF the 2011 trendline is decisively breached (currently at $1,350ish) and the $1,921 high is taken out, gold will re-assert its secular bull trend.

The most important time for the 50 Simple Moving Average (SMA) or Exponential Moving Average (EMA) is during a primary bull phase following a 50-200 EMA Golden Cross when a steady channel asserts itself. A Golden Cross on the daily took place in Feb. 2016 (Golden Cross on the weekly had not yet occurred). The 50 SMA or EMA on the daily may occasionally breach along the way, but that does not mean we’re back in a bear market. 50 SMA or EMA breaches are not rare in primary bull phases… Breaches are BTFD opportunities in a primary bull phase. What the MOMO hedge fund money is waiting for is a decisive breakout from the 2011 trendline and a Golden Cross on the weekly. With all that said, ‘smart money’ has already entered and is accumulating due to NIRP and gold’s fundamentals.” – TraderStef Aug. 25, 2016

Update to the above excerpt: a Golden Cross on the weekly chart took hold in Sep./Oct. 2017, and reasserted itself in Feb. 2019 after a brief flattening.  Secondly, the 2011 trendline was decisively breached to the upside in Aug. 2017 at a lower price point than $1,350, because as time passes, a downtrend trendline advances to a lower price point.

*** Mar. 26, 2020: The majority of physical gold/silver retail level dealers remain SOLD OUT of inventory and the U.S. Mint is cleaned out of supply.  A physical gold rush began in early March as financial markets collapsed.  Dealers are over-extended with a backlog for delivery and demand continues to build.  Despite recent volatility in the paper markets (my gold-spot charts), supply-chain issues at retail and wholesale is industry-wide and extremely bullish.  Premiums to purchase any physical bullion/coins, if available, are through the roof. The following screenshot is from TexMetals when the gold spot price was $1,620 and silver at $14.40.***

One thought on “Gold Chart Exclusive for Precious Hour Subscribers”