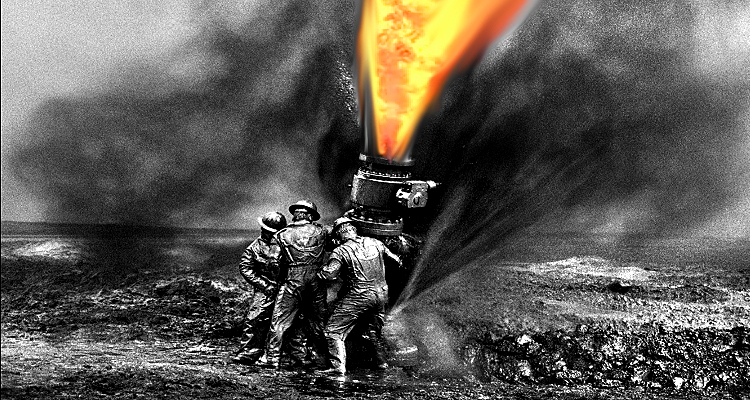 During late 2018, it was clear that oil production in the U.S. had a MAGA energy dominance tailwind with the election of Donald Trump as the POTUS.

A Return of the Black Gold Rush… “After closely watching the news flow over the last few weeks and following the passage of the tax reform bill, I suspect that a POTUS plan to roll out true energy independence is at full throttle. There was activity in the oil and gas producing sector prior to the bill’s passage, primarily due to expectations that the bill would include a large tax incentive for all industries to repatriate monies back to the U.S. mainland and aggressively pursue capital investment… The cash is flowing, big rigs are being moved back to the mainland in mass, and it’s time to keep your eyes on the sector, savvies. If not the price of oil, focus on the producers as they build out infrastructure.” – TraderStef, Jan. 2018

As of April 2019, the Texas and New Mexico Permian Basin oil production surpassed Aramco’s Ghawar oilfield in Saudi Arabia, becoming the highest-producing oilfield in the world.

The Biggest Saudi Oil Field Is Fading Faster Than Anyone Guessed… “The new maximum production rate for Ghawar (3.8 million barrels a day) means that the Permian in the U.S., which pumped 4.1 million barrels a day last month, is already the largest oil production basin. The comparison is not exact – the Saudi field is a conventional reservoir, while the Permian is an unconventional shale formation – yet it shows the shifting balance of power in the market.” – Bloomberg, Apr. 2019

Ghawar vs. Permian Basin: Is There Even a Comparison?… “While some predict Permian production will rise to 6 million B/D in the next few years, ‘you’re still only half way there’ to the 12 million B/D that the entire Saudi oil basin is said to be capable of ramping up to. Current output in Saudi stands at around 10.3 million B/D… Since it was discovered in 1920, more than 400,000 wells have been drilled across the 86,000 sq mi that make up the Permian. While official numbers are difficult to come by, is not widely held that anywhere close to that number have been drilled across Ghawar’s 3,300 sq mi since the 1940s, let alone the entirety of Saudi’s desert landscape.” – JPT, Apr. 2019 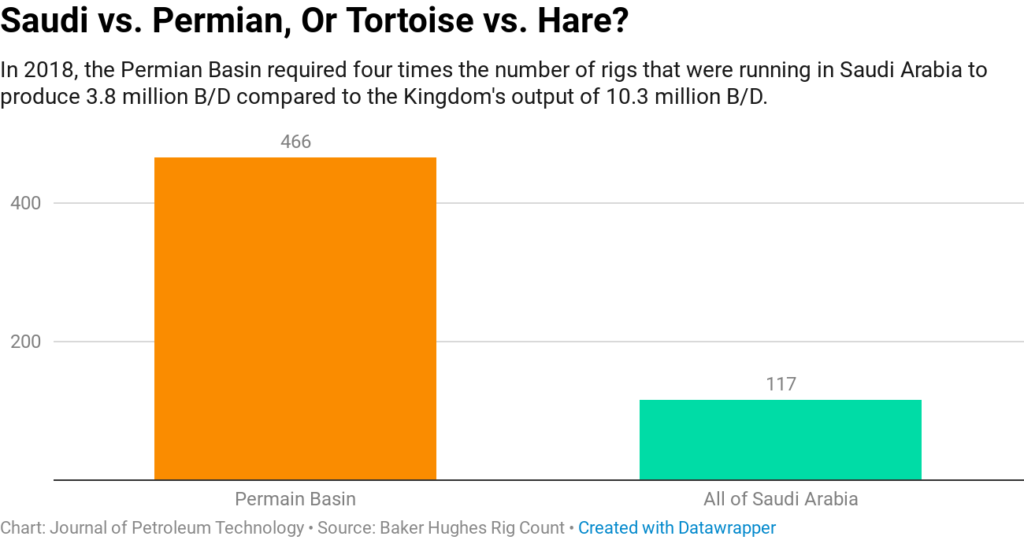 The Permian Basin has been an energy producing area for a hundred years and has seen renewed activity with the advent of horizontal drilling and hydraulic fracturing to produce West Texas Intermediate (WTI) crude oil. The new extraction technology has led to a new kind of crude coming out of the basin that meets or exceeds Saudi sweet crude. A less dense West Texas Intermediate Light (WTI Light) premium grade is flowing to refineries as of September 2018.

There’s a new kind of crude oil coming out of the Permian Basin… “WTI Light has a gravity of 45-50 API, lighter than the typical 38-42 API of WTI Midland, the mainstay sweet benchmark.” – Dallas Morning News, Oct. 2018

US Surpassed Saudi Arabia, Russia To Become World’s Top Oil Exporter… “The US’s spot at the top of the global oil-exporting heap was rather short-lived, because according tot he IEA, Saudi Arabia reclaimed the top spot for July and August as hurricanes disrupted US production, while the trade dispute ‘made it more difficult for shale shipments to find markets.’” – Zerohedge, Sep. 12

Despite the competitive back and forth of who produces or exports the most black gold, the attack on Aramco’s Ghawar production facilities over the weekend is sure to elicit a spike in the price of oil when markets open this evening. An escalation of tension with Iran due to its alleged involvement in bombing the Saudi facilities may also create a bid for safe haven assets such as gold before the FOMC announces their monetary policy decision on Wednesday.

Saudi Arabia faces weeks without full oil production after attack… “While some officials in the kingdom have sought to reassure oil markets that production will come back quickly… ‘It will take weeks to ramp up and bring the complex to maximum capacity,’ said one person close to the energy ministry.” – Financial Times, Sep. 15

Iran says it’s ready for war with US after Saudi oil attack accusations… “Iran has dismissed US accusations it was behind drone attacks on Saudi Arabia’s oil plants, and warned it is ready for a ‘full-fledged’ war.” – SKYNews, Sep. 15

Attack on Saudi oil field a game-changer in Gulf confrontation… “A second source in the Gulf region told CNN that while there was no proof yet, the indications were that the attack originated in southern Iraq. Pro-Iranian militia is well entrenched in southern Iraq, and the Quds Force, the Iranian Revolutionary Guards unit in charge of foreign Operations, has a presence there.” – CNN, Sep. 15

Here is a list of oil and gas ETFs provided by ETFdb. Keep liquidity in mind if you are scalping the day trade by sticking with equities that have a history of trading at least one million shares per day. Consider the United States Oil Fund (USO): 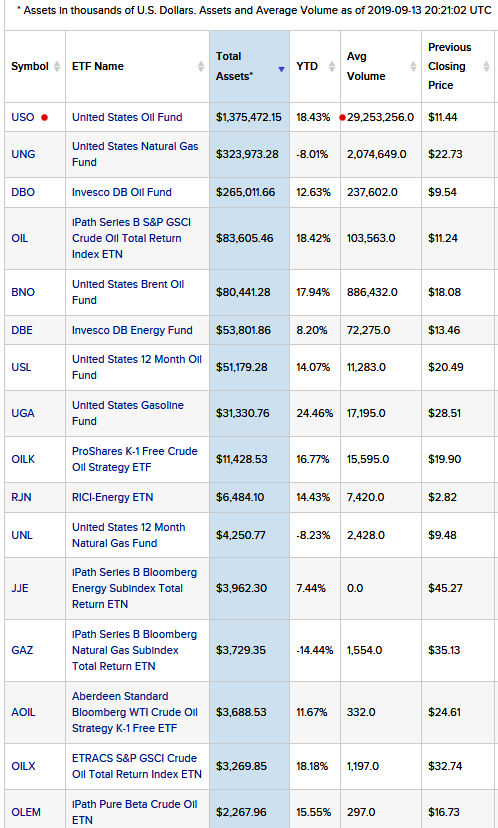 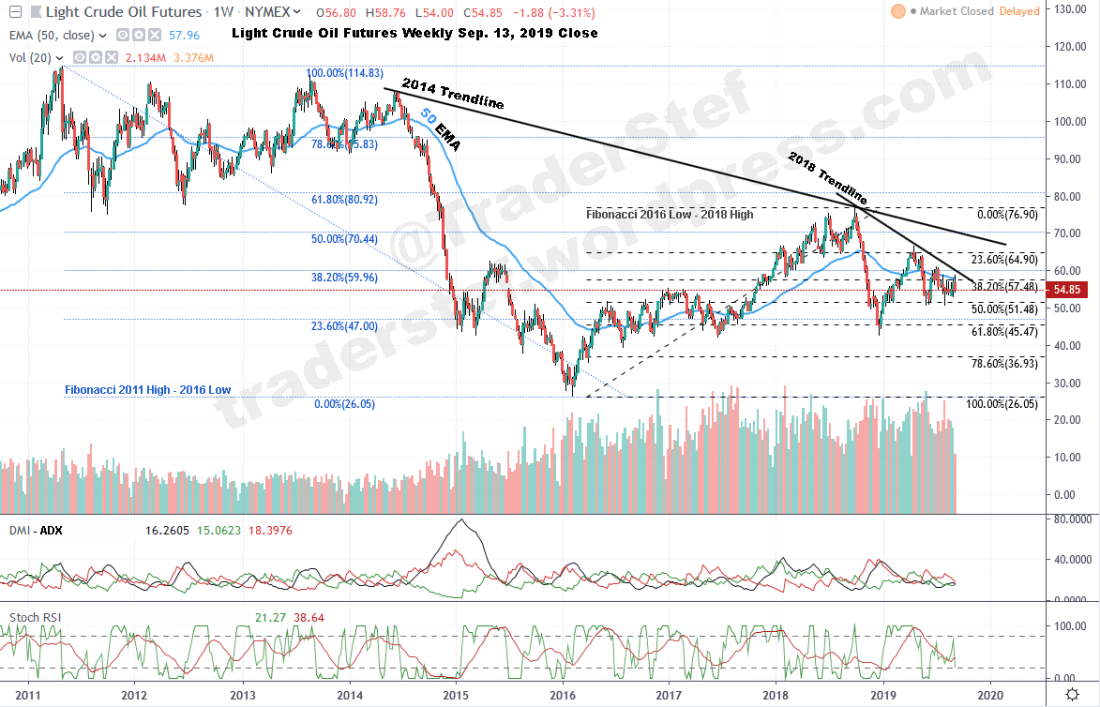 Saxo’s Christopher Dembik noted that when Brent reopens this evening, it will surge as much as $5-10 in the Asian session. The light crude oil futures closed at $54.85 on Friday, which was slightly below the 50 Exponential Moving Average and 2018 topside trendline. Take note of the Fibonacci levels at $59.96 and $64.90. Expect volatility until the impact on production in Saudi Arabia becomes clearer, and keep in mind that this escalation of tensions with Iran may lead to a counter-strike. 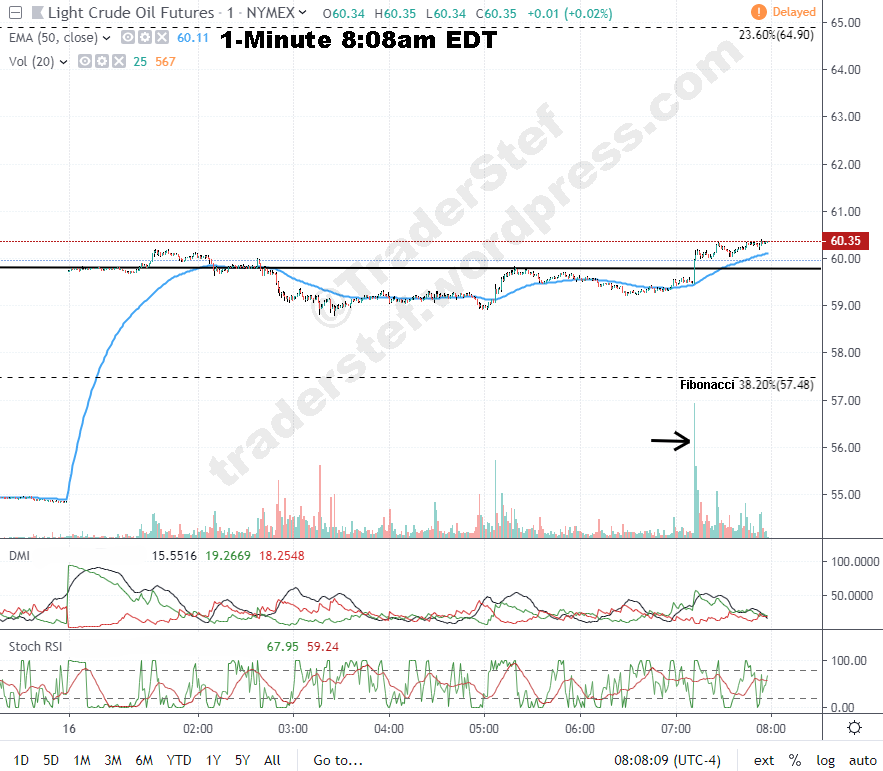 Attack on Saudi oil: Where the attack originated from and how safe are global supplies – DW News, Sep. 15